Gill Hill asks us to consider whether we are perpetuating the stereotype of the ‘creative white male’ in the incidental references to ‘Creative Greats’ we use in our talks and publications.

When asked to think of a great creative individual, who springs to mind? 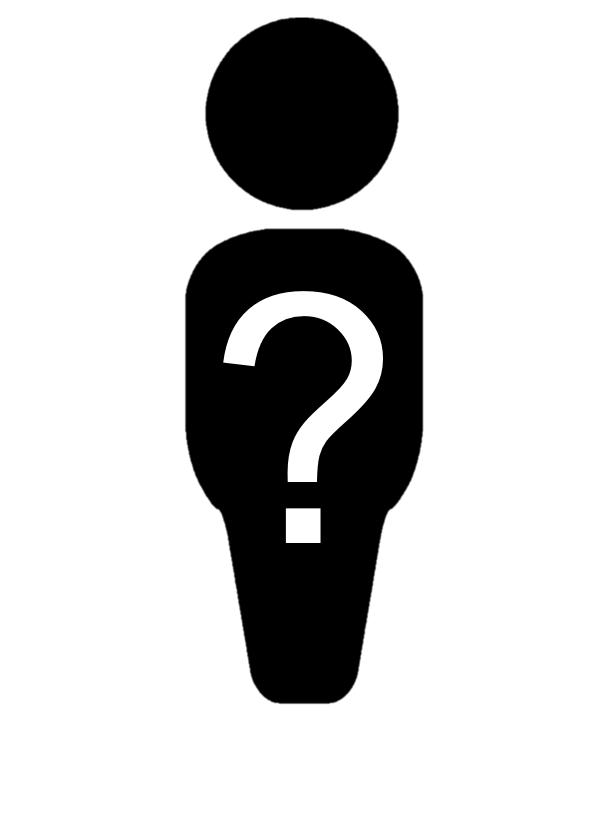 In creativity research such examples are referred to as ‘Big C’. In contrast to Big C, which recognizes the eminence of the individual or their creative product, there is everyday creativity, called ‘little c’, and creative professionals who are labelled ‘Pro C’.It’s not clear why only some individuals reach Big C status but chances are, if you read about Big C, the person mentioned is male and white. And here I’m not just talking about popular media or the internet, but often in academic material too.Note that I am guilty of this, too, with Einstein being my Big C example in my 2016 paper about creative insight. However, I have begun to recognize that this is a problem, and would like to outline why.

Let’s be clear, I do not believe that the only people who are Big C are male and white, nor do I think anyone else does. I suspect however that the reasons for this narrow representation reflect longstanding historical and cultural aspects that underpin stereotypes and bias. I’d like to explore this a little.Stereotypes are blanket ideas fostered about a group (that may or may not be accurate). When someone is categorised as part of that group, assessment of their individual characteristics can be biased in line with the stereotype. This process may be a conscious act, or something that happens outside of awareness.

One way to explore stereotypes that focus on ideas about scientists is to ask people to draw. Draw-a-scientist studies consistently show that people draw scientists as male.Some small steps have been made in younger children, with a recent review of such studies finding that just over a quarter of drawings in studies were now shown to depict women scientists, compared to just 0.6% in the original 1983 study. Yet in older adolescents and adults the trend reverts to presenting far more male scientists.Furthermore, stereotyping may have more subtle effects. For example, lightbulb moments (otherwise known as eureka moments or epiphanies) that are often associated with scientific genius are considered a more male characteristic. In contrast, women are matched with metaphors of seedlings, representing a gradual growth of ideas and perhaps less in-built levels of creative genius.

Thinking more widely, there is no equivalent ‘Draw-a… [composer, sculptor etc]’ task to explore stereotypes in artistic fields. But similar biases can be seen, with one recent example being the Oscars.The 2015 and 2016 seasons were branded #OscarsSoWhite due to their lack of diversity. While the ceremony did recognise some critically acclaimed and successful box office films with a more diverse production and cast, it was the white individuals from these films that received nominations and awards.

These types of biases have contributed to a lack of visibility of diverse Big C examples. This is problematic, because having role models that ‘look like me’ is important – both in attracting people to a field, but also in helping them feel like they belong when they are there. Big C examples can help to foster part of this feeling of belonging, or at least reduce a feeling of ‘otherness’ that might occur when the only people held up as having reached eminence are white and male.

I therefore decided a while ago to stop reinforcing this stereotype in my own work where ever possible. It is easy to reach for the same Big C people when I write or talk about my research. The scientific papers and books I read provide lots of white, male examples for me to use, and it takes a little effort to find alternatives.But I have made a start, and I know others do this too.

Below are a few Big C people I have highlighted in my work, and a couple of others I plan to use in the future. I’d really like to build on this to provide an alternative resource to help people quickly find Big C examples, collecting examples here, within this blog, or signposting to other diverse Big C examples.The more diverse the better! So here I am talking about diversity in its broadest form. For example, diversity in:

In respect of the last point, I can only see the world from my own perspective as a straight, non-disabled, white, cisgendered woman* from the UK. I am therefore sure to be missing all sorts of great examples of Big C, and this is where I hope others can help. If you have Big C examples that spring to mind, and you’d like to share, please let me know. You can add them in the messages below or email / tweet me. 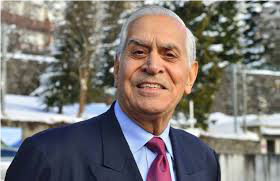 Vijay Kakkar (1937-2016) was a newly qualified surgeon in London in the early 1960s when two of his patients unexpectedly died after routine surgery. This was a surprise, leading him to explore reasons why, and to theorise that blood clots were causing post-operative deaths (little c solving). Vijay shared his ideas with colleagues who were unconvinced. He therefore conducted extensive basic science research to persuade the medical profession. He furthermore proposed that using a blood thinner (heparin) could prevent such deaths. This was also met with initial scepticism (even by drug manufacturers, given that only 1 out of the 6 heparin companies initially supported hi work). Despite his assertion that “Thrombosis Research is my Hobby”, Vijay’s work to validate his claims shows an example of pro c creativity in action. It has since been estimated that the routine administration of blood thinners before surgery saves approximately 300,000 lives each year, which undoubtedly moves Vijay’s creative achievements into Big C territory. Like Barry Marshall, who transformed medical understanding of peptic ulcers against the odds (and won the 2005 Nobel Prize), Kakkar is also an example of the need for high self-efficacy and determination to succeed with a creative endeavour, in the face of ridicule or opposition.

Creativity researcher Jonathon Plucker highlighted the work of Vijay Kakkar as an example of the progression from little c, through pro c to Big C in his keynote at UKCRC2019 (shared here with Jonathon’s kind permission).

Vera Rubin (1928-2016) was an astronomer whose work contributed to evidence of the existence of dark matter. She was the first to identify that stars do not all rotate in a galaxy in the same direction. Her discovery occurred when viewing two images of the same galaxy taken a year apart. Vera’s expertise in viewing these images enabled her to

identify that the stars had unexpectedly moved in different trajectories. When a discovery can be  attributed to both lucky, external cues and the skills of the person making the discovery this is seen as serendipitous. Vera’s breakthrough was lucky in the sense that a few years before, such images would not have been clear enough to identify the different directions of star movement. Also lucky that she chose to focus on the particular galaxy she did which happened to have images taken at two separate times but serendipitious because she had the skills to recognise what she was seeing and capitalise on luck.

Wendy Ross researches the role of serendipity in creative problem solving as part of the Creative Cognition Lab. She introduced me to Vera Rubin’s as a great example of serendipity (read about an interview with Vera in Mihaly Csikszentmihalyi’s book, Creativity: Flow and the Psychology of Discovery and Invention) 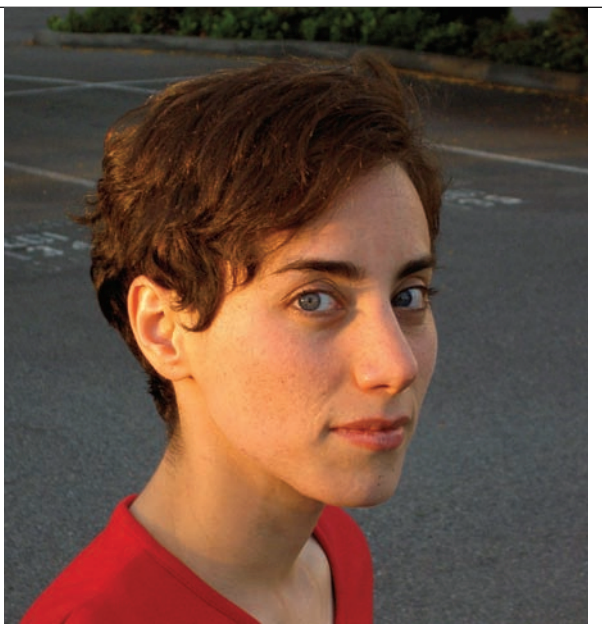 Maryam Mirzakhani is the only woman to have won the Fields medal, which is seen as the equivalent to a Nobel prize for mathematicians. Maryam sadly passed away in 2017 at the age of 40. One rare interview with her provides some great description of her math’s solving process that I used in my recent paper to illustrate the emotional component of insight moments.Citation: CMI (2008). Interview with Research Fellow Maryam Marzakhani. Available at: https://www.claymath.org/library/annual_report/ar2008/08Interview.pdf

Stephanie ‘Steve’ Shirley is a software entrepreneur and philanthropist. In an interview as part of the BBC Radio 4 programme Life Scientific describes the classic insight experience of being woken in the early hours of the morning by a sudden thought. However, in this case these are not positive Aha moments but negative insights about errors in her code. Negative insights – Uh-oh moments – are one of my key research focuses and this example nicely demonstrates the adaptive nature of them as problem finding moments.Citation: Al-Khalili, J. (2015). Stephanie Shirley on Computer Coding [Radio Program]. Anna Buckley (Producer) Life Scientific. BBC. Available at: http://www.bbc.co.uk/programmes/b05pmvl8 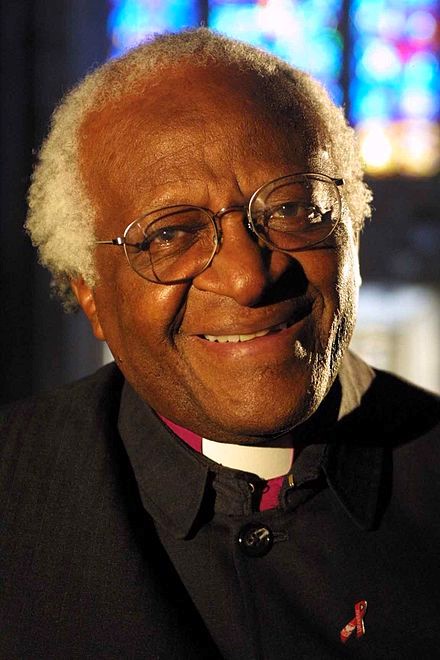 Desmond Tutu describes his insight moment that came to him in prayer that he should write a letter to the then President of South Africa. This letter is seen as an important moment in the movement against apartheid. This interview forms part of John Freeth’s PhD work exploring insight and highlights the spiritual nature of creativity and insight experience that it has been argued are missing from Western-derived conceptions of insight.Citation: Freeth, J. S. (2010). The experience of insight: an existential-phenomenological study (Doctoral dissertation, University of Pretoria).

Ada Lovelace provides a good example of the idea that the creative potential of something may not be recognized until well into the future, and as such this should be incorporated into definitions of creativity. Ada wrote her idea for an algorithm in the notes of a translation she was undertaking on Charles Babbage’s Analytic Engine (an 19th Century design for a machine that was never built but incorporated ideas seen as the precursor to the modern-day computer). Ada’s work and ideas were largely ignored until the mid 20th Century when they were championed by people including Alan Turing. Ada’s algorithm is now suggested to be the first example of a computer programme. She was also a poet, showing multiple creative strengths in both the arts and the sciences.Citation: Wolfram, S. (2016). Idea Makers: Personal Perspectives on the Lives & Ideas of Some Notable People. Wolfram Media Inc.

Blog based on content of my talk at UK Creativity Researchers 2019 conference entitled Big C and Diversity.

* I choose these terms to describe myself, not as an attempt to neglect or diminish the descriptions or characteristics others select to describe themselves.

Maryam Mirzakhani: http://www.claymath.org/library/annual_report/ar2008/08Interview.pdf no image credit within the article